The Christmas tree was lit; the bows were perfectly tied on the swag -- I think they were the plaid red and green bows that year.  The wedding candelabra were well disguised with fresh cut greenery and faintly glowed with a dozen candles, and the Advent wreath with all the proper colored candles in place was waiting to be lit.  The choir was nervously assembled at the back of the church for their semi-annual procession -- down the middle aisle -- up four steps to the communion table -- left or right four steps -- down two steps to the Christmas tree platform -- around two corners -- up two steps into the choir loft -- turn -- up four steps -- turn and stand in place.  Complicated to say the least! 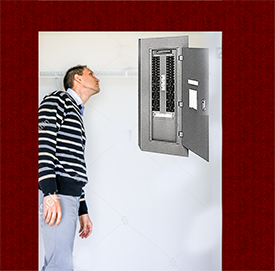 which allowed absolutely no sight of the sanctuary.  The coldly stoic pastor stood statue-like and prepared for the most joyous service of the year.  The organist had just finished a glorious prelude of Balbastre noels and she was ready to launch into the opening strains of "O Come, All Ye Faithful" -- a very well-known but actually not oft-played hymn -- just a one-time-per-year Christmas carol.

The stops were pulled on that great and powerful tracker organ -- yes, it was an occasion for full organ!  The great strains sounded forth, the introduction was played, the unsmiling pastor started the procession with the congregation giving full voice to a favorite carol. 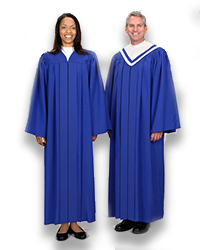 The choir followed behind marching two-by- 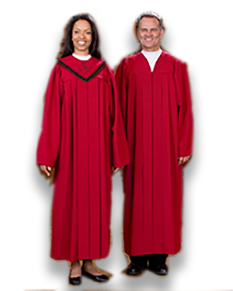 two:  the "red coats" and the "blue coats" in their respective and distinguishing robes.  The "blue coats" were the young upstart choir of the first service.  The "red coast" -- the "I've sung in this very choir for 42 years" choir -- normally sang in the second service.  Ah, but I digress;  that is a tale for another story.

The beauty of that 11:00 p.m. Midnight Candlelight Christmas Eve Service was an inspiration to behold: a great organ sounded forth, a congregation was singing with joy, and choir members made their way solemnly down the middle aisle, and up the four steps to the communion table.  There they made the turn directly in front of the not-yet-lit Advent wreath, turned, and took four steps.  Ah, the tricky part was coming: verse two of "O Come."  The singing

became a bit more indistinct as the congregation started searching for the words and the choir started negotiating the two steps down to the Christmas tree platform -- around two corners -- up two steps -- turn -- up four more steps and -- (whew!) -- into the choir loft.

Basses and tenors, by now not singing at all as verse three began,

turned and made the final steps into the choir loft as the loudly --(but dare I say well-) played organ took over.  Verse four and the ladies of the combined choir mounted the platform, turned at the Communion table, and started down and around the dimly-lit Christmas tree.  Suddenly and without warning the lights of the ENTIRE -- and I mean ENTIRE -- sanctuary, including the all-important light on the music desk of the organ -- went out!  BLACK!  Totally dark!  A dozen extraneous candles tried bravely to give light to the inky blackness, but to no avail.  The domino theory had begun! 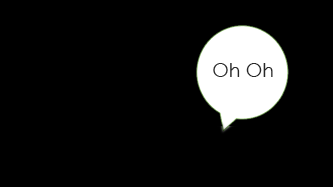 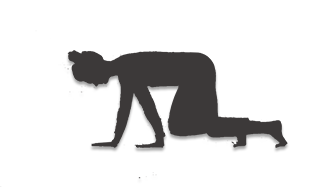 down into the tree and onto the proper altos.  The "blue-coat" choir director, bringing up the rear of this procession, found herself tumbled under the tree with her most unbecoming blue-coated side facing the blind congregation as she searched frantically under the unsuspecting Christmas tree for her glasses knocked off in the fray.

Oh, and did I mention the organist?  Ah, yes!  When the glory and

joyful light of that Christmas Eve night went black, her fingers ceased their faithful dance on the keys and became helpless sticks unable to find any of the proper keys to continue the carol.  But continue she did.  Also, being unable to find the stops to quiet the noise, she continued to smash keys in a random and incredibly raucous fashion.  Was it the cacophony of the angels?  Ah, but the comments hurled at the mostly deaf -- and certainly now blind -- sanctuary light man, probably not.  Said sound and light man simply stared as his board unaware of the chaos his simple flick of a switch had created.

What happened next?  Did the service continue?  Did it end at 12:30 -- the other midnight hour -- in calm and repose with the singing of "Silent Night"?  The memory has dimmed to inconsequential.

This story is one of many from my book,

On the Heels of An Organist.

This book of humorous, poignant and joyous stories
would be a perfect Christmas gift for yourself, a friend or your church organist.