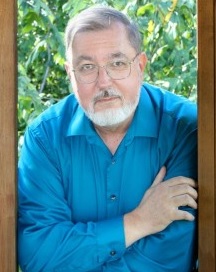 Jeannine: Who is Daniel Gawthrop? Please introduce yourself.

Mr. Gawthrop:  I started musical activities in elementary school, played trombone in the band beginning in junior high, sang in school and church choirs and fell in love with the organ
as a youngster. Supportive parents and readily available instruction in a fine public school system helped me develop my skills. I began college as an organ performance major but quickly discovered that my piano technique and background were inadequate to allow me to succeed. A few years in the Navy (mostly in northern Germany) and marriage helped mature me a bit and when I returned to college the switch to composition seemed natural.

From that point I have been obsessed with creating music which will touch people and lift them up. Much of that music has been written for church use, but there is also a substantial body of choral works with secular texts. Music for my favorite instrument, the organ, also comprises a good percentage of my output, and orchestral pieces appear when those rare commissions allow.

Jeannine:  What brought you to the world of music?

Mr. Gawthrop:  I honestly cannot remember a time when it was not central to my life. I’m forced to assume I was born with the need to hear and create music—it’s as necessary as food…especially chocolate!

Jeannine:  You are certainly a musical polymath with work not only as a composer, but also as an organist, conductor, teacher, adjudicator, publisher, writer, and music critic – a true musical Renaissance man!  Let’s meet first the composer, Daniel Gawthrop.  Your compositional output of choral and organ works is extensive with over 100 commissions to write original music.  How do you approach a commission?

Mr. Gawthrop:  The large majority of my commissions have been for choral music and my approach to a choral piece always starts with the text. I feel quite strongly that the proper role for music in a vocal composition is to support, strengthen and enhance the message of the text. Indeed, I often say that what I’m really doing is finding the music that is already there in the words. Clearly, this leaves me at somewhat of a disadvantage if the text at hand does not have something significant to say. Accordingly, I have over the years come to a policy of selecting my own texts in order to be certain I’ll be able to find worthy music for them.

Jeannine:  You are also a music publisher, establishing the Dunstan House in 1991.  What are the challenges, joys of publishing and promoting your own music so successfully – case in point, Mr. Gawthrop’s 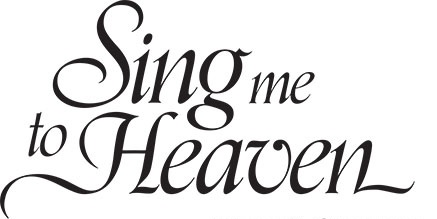 choral piece, Sing Me to Heaven, has half million copies in print, and has become one of the most performed and recorded choral works in modern history!

Mr. Gawthrop:  My wife and I started Dunstan House when I realized that the companies which had been publishing my things up to that point were forced by reality to profitably sell as many copies as possible of each title, and that this quite inevitably led to editorial decisions about what to publish and what to allow to eventually go out of print which were not necessarily in my best interests. The only way to control those decisions was to own the process, so Dunstan House was established to allow me to publish even the things which would probably never turn a profit, and to keep in print even things which didn’t sell thousands of copies each year.

Obviously, the joys of self-publication are pretty much wrapped up right there. The challenges also follow pretty logically—no one but me will do any advertising or promotion for my catalog, so when there’s little or no money for those efforts (which is most of the time) very little gets done. Accordingly, I am looking at a catalog which is, from my perspective, filled with undiscovered gems which are unknown to nearly everyone but the original commissioning body.  Please visit http://www.dunstanhouse.com/ to peruse our catalog.

Jeannine:  As a writer you shared your insights with the public of

Washington DC as music critic for The Washington Post.  What skills are needed to be an astute music critic?  You must have many “stories” from this part of your career.  Is there one you’d care to share with our readers?

Mr. Gawthrop:  The language skills required are considerable, not only in finding constantly fresh ways to colorfully and memorably describe musical events but also in the discipline required to be comprehensively descriptive within just a few column inches. Beyond language issues, it really helps to be broadly based in your listening and reading habits so that the things you are writing (to a very sophisticated audience) are firmly based in understanding.

I came to professional music criticism with almost no formal training and did so in front of a cosmopolitan readership in a major international music capitol. It was scary. I think the magnitude of what I had undertaken didn’t become fully clear to me until when, within a very short period of time, I was assigned to review two events by world class performers whom I had previously known only through recordings: the Leipzig Gewandhaus Orchestra and concert organist Marie Claire Alain. It was in equal measures humbling and exhilarating. 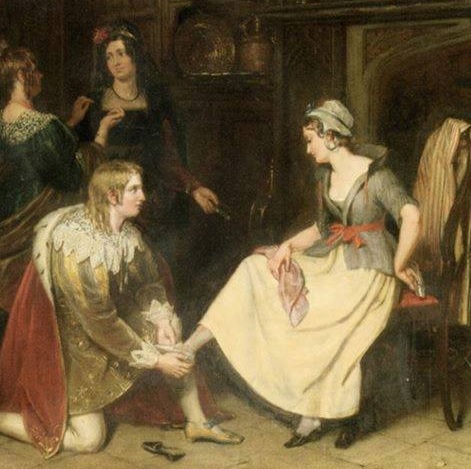 Jeannine:  Another of your many talents are the Facebook witticisms you share on a regular basis that bring famous art works to life with witty repartee between characters.  What is this wonderfully creative process?  (See David's Sidebar)

Mr. Gawthrop:  I stare at the picture until my fevered imagination overheats and begins spouting nonsense. I capture as much as possible and edit until I lose interest!

Jeannine:  Thank you for this wonderfully refreshing and delightful interview.