Jeannine:  Please introduce yourself to our readers.  What is your music background?  What drew you to the organ?

Dr. Archer:  I’m Gail Archer and I am Director of Music at Barnard College at Columbia University and organist at Vassar College in Poughkeepsie, New York.

I’ve been singing in choirs since I was 8 years old.  My father sang in the church choir and being part of church music was normal in our family.  I heard organs from the time I was very small.  I started playing the piano when I was 8 years old and as soon as my legs were long enough – at age 13 – I started playing the organ as well.  I pursued music from the beginning and always sang in choirs and always played keyboard instruments.  Then I got a Bachelor’s degree, two Masters Degrees and a DMA – all in music. 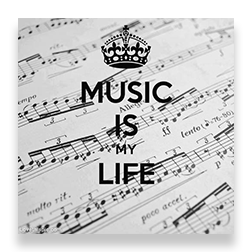 ’ve been teaching at one level or another since I was 21 years old.  I taught elementary, junior high, high school and I’ve been here at Columbia for thirty years.  Music is my life, I’m delighted to report.

Jeannine:  You certainly have an amazing multi-faceted music career with your work as an international concert organist and recording artist, a choral conductor and lecturer, the director of the music program at Barnard College, director of the artist and young organ artist recital series at Central Synagogue, New York City, and the founder of Musforum, an international network for women organists.   We have much to talk about! 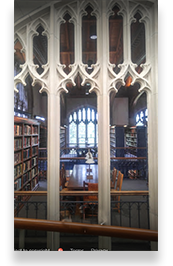 Let’s look first at your position as the director of the music program at Barnard College and college organist at Vassar College.  What would you like to share about this work?

Dr. Archer:  I have been at Barnard for thirty years and I built the music program that exists here.  We have music majors and Barnard sponsors all of the vocal programs for the University.  I direct the 80 voice concert choir and the 20 voice chamber choir, teach music history, advise students, sit on committees, curriculum.  I also do the organ program at Vassar College, which I also

built.  It’s a lively concern with a fifteen organ students.

Jeannine:  As a concert organist and recording artist, I’m always impressed with your themed recital series programs.  Please tell us the reasons, the thoughts behind the ideas for these concerts.

Dr. Archer:  I started as a concert organist about 15 years ago.  I started very modestly by playing noon recitals in my own church and going up to Boston and down to DC playing little noon concerts with no real view that I was going to do this in any serious way.

2002 where I played a Messiaen cycle, Les Corps Glorieux.  That performance got reviewed in the New York Times and nobody was more shocked, surprised and delighted than me.  So I said, “Oh my goodness maybe I ought to do this seriously”.

As a result, I went to the Boston Conservatory and worked with James David Christie and then to Paris to work with Jon Gillock on Messiaen. Over a five-year period, I learned the complete works of Messiaen and played them for the 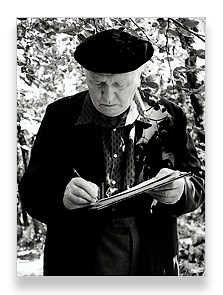 100th anniversary of Messiaen’s death in 2008 here in NYC.  That was the real turning point for me.  I was the first American woman to play Messiaen’s complete organ works and it got a lot of wonderful press.   At the end of 2008, Time Out New York, the culture magazine, recognized it as the Best of the Year in Classical Music and Opera.

My concert career has continued to grow since then.  I have a publicist and a recording company, but I do all my own bookings and am now playing fifty concerts a year at home and abroad.

Jeannine:  You have several CDs to your credit.  What are some of your most recent recording projects?

Dr. Archer:  I am always making recordings.  A recent CD is one of the music of women composers, The Muse’s Voice, which got excellent press. 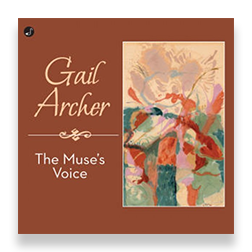 My newest recording is the result of a Russian project, A Russian Journey.  I’ve been to Russia three times where I investigated organ literature by Russian composers.  The premise of my research was that there has to be organ music by Russian composers even though the organ is not found in churches (the Russian Orthodox tradition is a sung tradition) but organs are found in small recital halls associated with the Philharmonic in every city.  So, I discovered music by the Russian Five, lesser-known composers plus music by living Russian composers.  This disc has gotten beautiful reviews including one in the January 2018 issue of Gramophone.

I am going to now do more music of Eastern European composers because so many of colleagues play the French Romantic literature or, of course, Bach, but we as artists need to find corners of repertoire where light needs to be shed so that we hear music by other people.  As a result, I will be doing another CD in Ukraine during the summer of 2018 of Ukrainian contemporary composers.

Because of my interest in Eastern Europe, I was elected a member of the Harriman Institute here at Columbia where I now have access to grant monies and support for this work.  The Harriman Institute promotes scholarship and the arts to bridge the gap between the East and the West.

Jeannine:  Let’s look next at your work with two projects that stand out to me as something unique and of great significance in the organ world – the young organ artist recitals series at Central Synagogue, NYC, and Musforum.

Why is it important to promote a young organ artist recital series?

Dr. Archer:  I direct an artist and student organ series at Central Synagogue in NYC.  Artists play on the second Tuesdays of every month and I bring young people from organ schools across the country to play on the fourth Tuesday of every month October-May.  Students have the opportunity to play in a large venue on a large instrument in a concert situation.

The series was started by the Gabe Wiener family after gifting a four-manual Casavant to the Synagogue in 2002 in Gabe’s memory.  I was approached by the Wiener family to start this series which I was delighted to do.

Jeannine:  What is Musforum and why is it significant? 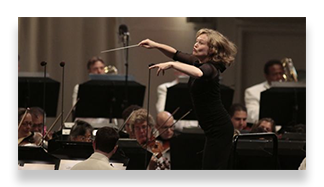 beautifully, their choir sang beautifully, or they got a review in the local newspaper which drew attention to their beautiful work and that’s the reason, too often, that the persons in charge were unkind to them.  This is not how things should be.  When people do something beautiful and positive they should be recognized and promoted and supported and encouraged.  I was hearing stories such as these and experiencing my own disappointments and decided to do something positive about it.

I researched all the women organists in North America and published my findings in the Journal of the International Alliance of Women in Music (www.iawm.org).  What the numbers revealed is that there are only two women who are serving as cathedral organists and music directors in a major city in the US, two women serving as organ teachers at research universities in a major city in the US, zero women teaching organ in a conservatory in North America, and only 82 women teaching organ at liberal arts colleges or universities in small towns.

Musforum is a way to bring positive attention to women doing beautiful work no matter where they are doing it.  Musforum is a place for women organists to easily communicate and where we can celebrate each other’s positive contribution to the field.  And, that is why I started Musforum!

Jeannine:  To follow this positive energy and celebrate the contribution by women in the organ world, visit www.musforum.org.  You can learn more of Dr. Archer’s work on her website at www.gailarcher.com.