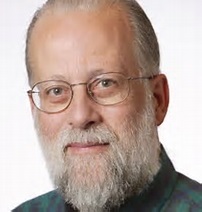 Jeannine:  Who is Michael Barone?  How did you come to be the senior executive producer of PIPEDREAMS?  What was your first interaction with the pipe organ?
Mr. Barone:  My first exposure to the pipe organ was at our church, Kingston Presbyterian in northeast Pennsylvania, which housed a turn-of-the-century Hook and Hastings pipe organ, electrified with a Möeller console at some point mid-century (I have no memory of it being otherwise, and I attended church beginning @1950.  Watching the organist, Marion Wallace (who later became my piano teacher) manipulate the manuals, pedals and stops from our vantage point in a near-front pew provided interesting distraction to a young kid already (innately?) attracted to classical music.  The church also enjoyed several rather incredible Tiffany stained glass windows and a Tiffany mosaic of an angel in the wall above the pulpit, so there was plenty to look at as well as listen to.   My brother Chris (two years younger) and I would stand bench-side during the postlude and alternate in being given permission to switch the organ ‘off’ at the end of service.

Jeannine:  What/who built upon your curiosity for the pipe organ?
Mr. Barone:  I think I built on my own organ curiosity myself, attracted to some recordings of organ music found at my friend’s homes…Fred Myers family had a good hi-fi and happened to own an LP of Bach played by Eduard

Commette at the Cathedral (St. Jean) in Lyon (a Merklin-Schütze, not your ideal Bach organ, perhaps); and Robert Wech, who owned some of the Columbia Masterworks Bach albums that Albert Schweitzer has recorded at Gunsbach Parish in Alsace (again, perhaps not the ideal Bach organ), but from age 13 on I began building my own collection of organ recordings (which was begun by a gift from Wech of Schweitzer playing Widor and Mendelssohn), financed by proceeds of my afternoon paper route (remember afternoon newspapers!?).  Soon some albums by Biggs and Fox were added, along with Carl Weinrich, Robert Owen, Robert Noehren, Richard Ellsasser, Berj Zamkochian, William Whitehead, Walter Kraft, Luigi Ferdinando Tagliavini, Flor Peeters, Gaston Litaize…as you can see, my interests from an early age were quite eclectic.


Jeannine:  What was the result of that curiosity?  Performer?  Church musician?  Builder?  Teacher?  Producer?
Mr. Barone:  Since I had been taking piano lessons since age 5, and played sousaphone in the middle-school and high-school bands from Grade Five, and sang in the high-school choir from Grade 9, I explored organ playing on my own (my piano teacher, also the church organist, from whom I would normally have taken lessons) already was a bit unhappy with my broad-but-thin application of my musical energies.  She did not prevent me from poking around on my own on the church organ, but I did not study with her formally.  I did generate sufficient capability that I would play an occasional piece on the Allen electronic during high-school assemblies, and played ‘summer substitute’ at some local churches.

Indeed, real ‘lessons’ did not begin until I started at Oberlin in the autumn

of 1964, and at that point I studied with an organ major and did not apply for study with one of the organ professors until second semester (or was it not until sophomore year?), ending up in the studio of Haskell Thomson.

I had no expectations of a performing career (I am musical, but my hand-eye coordination is not of a superior sort), was not particularly interested in becoming a teacher, and had never considered a career in radio…the farthest thing from my mind.

But as things turned out, a friend in my freshman dorm section at Oberlin (braver than I) signed up to work a shift at the campus 10-watt, student-run radio station, but after a semester and a half had developed other interests and, knowing that I had been listening to the classical programming on that station (the signal of the commercial classical station from Cleveland, WCLV, did not carry as far as Oberlin), somehow managed to encourage me to take up the remainder of his ‘obligation’, and I ended up spending a lot of time at the station during the next three years…first as Assistant Music Director (responsible for library maintenance), and then as Music Director (responsible for overseeing the other student announcers), the while having my own weekly two-hour show.

Backing up, you need to know that I was accepted as a student at Oberlin College (NOT the Conservatory), with intentions of earning a BA in something.  Eventually I began to focus on Music History and transferred into the Conservatory, at first keeping open the option of a 5-year, double-degree (BA/BM) course, but somewhere in my fourth year realized that neither my psyche or bank account could likely tolerate that fifth year, and I set about figuring out what the next step might be. 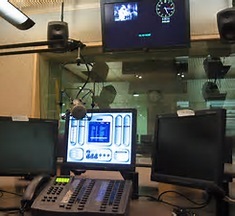 Somehow, the only think I fancied doing (if it were possible to do at all) was find a job announcing classical music on the radio…this several years before the establishment of the Corporation for Public Broadcasting and the national public radio system as we know it today.  In the end, I found myself invited to be music director at a nearly-new station in Collegeville, Minnesota, operated by Saint John's Benedictine Monastery and University there.  I was the sixth full-time employee of a fledgling operation that subsequently morphed independently into Minnesota Educational Radio, then Minnesota Public Radio (a private, non-profit network), which employs more than 400.  I served as Music Director for 25 years (and, at first, was responsible for ALL classical programming at 50% of the music announcing…there was one other host, and we were either live weekdays or pre-recorded on tape for weekends).  After showing some aptitude at program production/presentation for national syndication, my energies were focused on PIPEDREAMS and THE SAINT PAUL CHAMBER ORCHESTRA, and now primarily on PIPEDREAMS (nature abhors a vacuum…PIPEDREAMS demands even more than full-time from me). 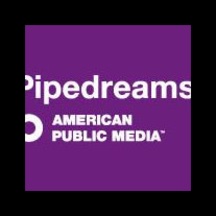 Jeannine:  You are now the host and senior executive producer of PIPEDREAMS, the only nationally distributed weekly radio program exploring the art of the pipe organ.  Was PIPEDREAMS your concept/idea?
Mr. Barone:  PIPEDREAMS was my idea, growing out of the recordings we made (during my tenure as Music Director) of the 1980 AGO Convention in Minnesota, and building on the MPR tradition of Sunday night broadcasts of THE ORGAN PROGRAM which I had initiated by 1970.  National distribution by satellite (as opposed to the previous analog-tapes-in-the-mail) made the process relatively uncomplicated, and a ‘sample series’ was broadcast January-March 1982.  Reaction was sufficiently positive, and access to future national AGO convention activities, my own growing collection of locally-recorded organ concerts, and the organ-music offerings of the European Broadcasting Union gave me hope that an ongoing, continuous presence for organ music on public radio could be sustained, and PIPEDREAMS returned as a regular, full-time weekly presence in October 1983, and has been chugging along ever since.

Jeannine:  How/where did PIPEDREAMS begin?
Mr. Barone:  I should give credit where it is due.  My manager at MPR in the 1980s was a gentleman named Nicholas D. Nash.  When I presented my notion of a special series of national broadcasts derived from the 1980 convention materials, he queried:  “What will you call your series?”  I had not thought that far ahead, but it would seem that he had, as in the moment of my indecisive pause he suggested, “Why not call your program PIPEDREAMS?”  And that was that.  Additionally, since I came to him with my idea after the budget for the fiscal year had been set, no money was available to pay the satellite uplink distribution charges.  But Nick’s brother-in-law happened to be an organ buff, and Nick put in a phone call to his sister, achieving what has turned out to be the continuous, and most generous, support of Mr. and Mrs. Wesley C. Dudley (whose beneficent encouragement of organ-related projects is by no means limited to PIPEDREAMS).

Jeannine:  What were some mileposts along the way for the program?
Mr. Barone:  Being invited to cover (as, as it turned out, the only broadcast media representative from the USA) the Calgary International Organ Festival during the several years of its presence, and the Canadian International Organ Competition which succeeded it.

Jeannine:  Where/when can one hear PIPEDREAMS?
Mr. Barone:  One can hear PIPEDREAMS on select public radio/classical music stations around the country, which can be found listed here:  http://pipedreams.publicradio.org/stations/  As some will note, various 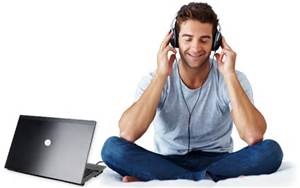 stations are quite enthusiastic about the notion of having an hour (or two!) of organ music in their weekly schedule, but other stations seem to think that they are doing a community service by including the program, even though they place it at inconvenient extremities of the day (very early morning, very late evening).  But something is better than nothing, and the weekly broadcasts of PIPEDREAMS on radio stations to reach a weekly audience of @200,000 people.  This could be a larger number, but we will get into that in a moment.

Regardless of the time of day or night, or the presence of a local radio broadcast of PIPEDREAMS, the weekly program can be accessed online at any time (24/7) wherever internet is available, with a very detailed website that includes links to artist biographies, CD sources, organ photos and specifications, at:  http://www.pipedreams.org.  In addition, you can link to an incredible archive of hundreds of past programs here.

Even so, with all of that accessibility and convenient time-shifting that online provides, still more than ten-times as many people hear PIPEDREAMS via the radio broadcast than via the internet (and that includes its global reach).  Go figure.  http://pipedreams.publicradio.org/listings/2016/.

Jeannine:  Your work in promoting the organ is not limited to the 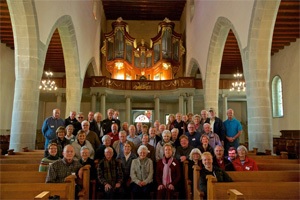 PIPEDREAMS broadcast.  It also includes ways to experience the great organs of the world live through organ tours to exciting locations worldwide.  Where have these tours taken participants and where/when is the next Pipedreams Organ Tour?
Mr. Barone:  Beginning the annual PIPEDREAMS Tours in 2002, which have taken me and a bus-load of increasingly familiar friends (several folks have participated in all but one of the Tours!) to many exciting venues in Europe, Mexico and Canada.  http://pipedreams.publicradio.org/events/tours

Jeannine:  With PIPEDREAMS LIVE! I understand you venture out into the real world to produce audience-friendly performance events.  Please tell us more.
Mr. Barone:  Beginning the idea of PIPEDREAMS LIVE!…replacing the requested visits to speak at AGO chapter annual banquets (and preach to 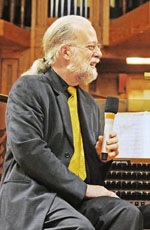 the choir, as it were), turning what bit of ‘star power’ I might bring to a public outreach and organ-community-generated PR effort to showcase young performers in public concerts, some of which find their way into the broadcast schedule.  http://pipedreams.publicradio.org/events/pipedreams_live/   It is an opportunity to meet some wonderful people united in a fascination with the music of the King of Instruments.

Jeannine:  Let’s look to the future.   We’re both passionate about the organ, its music, and its performers.  In your opinion, what can be done to ensure its future?
Mr. Barone: Plenty remains for us all to do to celebrate and promote awareness of the King of Instruments.  I encourage AGO members (or any organ-friendly individual) to spread the word about PIPEDREAMS (on radio, online), support local broadcasts (where they exist…with money, also with communication with the station so the managers know people listen).

There are several million potential listeners who could be reached and ‘made aware' by simple means.  Take nothing for granted.  People interested in the organ music you play may not know about PIPEDREAMS.  And people who listen to PIPEDREAMS may well be among the people who show up for your performances….it’s a win-win situation.

Jeannine:  Thank you, Michael, for keeping the sound of the story alive!