What makes From Sea to Shining Sea so different? The concert is performed in a  story format, instantly engaging the audience.

I am Jeannine Jordan and I am a Mayflower descendant. What does that

So… let's go back, back over 300 years and start our journey, a journey

that will take us From Sea to Shining Sea.  Put on those colonial life jackets, take a Dramamine and come with me to discover the people, the places, the music, and the organs of America.

I really cannot imagine how my ancestors and hundreds of others made it across the Atlantic in those rickety ships to this New World.  Harrowing to say the least!!!

Diaries!  Journals!  Hmm… keeping a diary has never been something I’ve been too interested in doing.  Thankfully though, for me, I found there were those in our colonial past who documented every jot and tittle in their lives. Sitting in dusty church attics, historical archives, and museums of cities up and

down the East Coast, I started piecing together a picture of the early American organ.  Would you believe, sometimes the most difficult part of my research was getting permission to search through these records? But my!  Did I discover some interesting facts!

62% of today's audience is visual

Who were these creative, forward-looking people who had brought their Baroque European customs, ideas, and belongings across the ocean in a sailing vessel, over land by oxcart or in a horse-drawn wagon, on a trip of five to six months duration to a city in the wilderness? Cities where mere existence was an exciting and often daily challenge.

Come with me to Bethlehem, Pennsylvania and let me introduce to you the local shoemaker, 20-year-old Br. Wilhelm Grabs. He’s taking an organ 400 miles through the densely forested terrain to Wachovia, North Carolina.

Research for the music and stories provides an accurate and informative background, assuring a quality event.

Colonial America, there were those in the fledgling colonies who had other things on their minds.  Their minds were set on declaring the group of thirteen colonies independent of the rule of England. In bold and rash steps, as we all know, on July 4, 1776, the Declaration of Independence was signed by a group of men
committed to the establishment of the United States of America. By signing this document, it meant the battle lines were then formally drawn and the loosely organized colonies were at war with England.

However, as history tells us, by Christmas Day of 1776, just a few short months after the signing of that all-important document, General George Washington was losing faith that he and his rag-tag army could indeed defeat the British. However, on that very day, he and his troops gained a victory that turned the tide of the war and gave impetus and direction to the citizens of the colonies to continue and complete their quest.

What happens next? The fight for independence went well and it’s now 1792 in our young country.  Let’s meet a recent immigrant, James Hewitt – a musician who quickly has embraced the era's uniquely American programmatic musical style.  In Mr. Hewitt’s enthusiasm for his adopted country, he’s composed a piece of musical

imagery bringing the crucial Battle of Trenton to life.  Mr. Hewitt has dedicated his descriptive sonata to our American
hero, General George Washington and his piece is becoming very popular with concert artists and audiences alike.

After the tumult of the Revolutionary War, the band of thirteen colonies was quickly becoming a unified country and one that was full of opportunity.  Immigrants by the thousands made their way to the shores of the new United States.  Steam-powered ocean liners carrying several hundred people at a time became the common mode of transportation to cross the Atlantic.

of all musical instruments and elicits awe and wonder. Consider the year 1751, a mere fifty years after that first organ in the colonies was played by Jonas the organist for the Mystics of Wissahickon – what was there to amaze and astound the public?  Ah...a pipe organ!  Now there was an instrument to behold.

Under the able fingers and feet of one player, a wondrous plethora of sounds and harmonies could be produced on a pipe organ.  Expressly, for this reason, the organ became hugely popular. The organists of that day were amazing entertainers.  Why?  Well, they played music everyone could relate to – fast, lively toccatas that showed off their finger and foot technique, transcriptions of symphonic works, and programmatic pieces which were quite incredible

It was reported that a 20-rank pipe organ built by a Mr. Johann Schmahl created such a stir that an immense crowd came a great distance – some traveling ten, twenty, thirty, forty, and even fifty hours’ journey to see and hear this marvel!  Who do you think traveled the 50 hours to hear an organ concert?

Life is relatively easy in today’s modern world for an organist.  One goes to the church, flips the power switches and begins a practice session or plays a service or concert. However, in the 1800s, life wasn’t so simple for an organist because…well, without electricity to turn on the blowers which produce the wind for the pipes, the organ was nothing except a pretty grouping of soundless pipes.

Ah…but how did those mighty pipe organs make those glorious sounds 150 years ago?  The air was pushed into the pipes using bellows – yes, just like fireplace bellows – only much bigger.  And here’s the catch.  Those bellows didn’t work on their own – they had to be pumped by friends, family, or employees of the 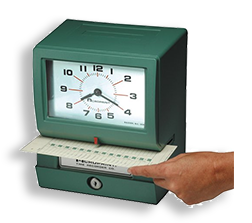 organist. That’s right!  An organist could not practice or play a church service or wedding or a funeral or a concert without at least one and sometimes several bellows pumpers.  And from my research, I discovered that those bellows pumpers were paid for each of those services – and yes, even practice times. Can you imagine?  Practice times

An organist involved in a duel.  This can't be good.

As I sat in dank church attics sifting through crumbling volumes of church minutes, reading mundane board meeting notes hour after

hour, occasionally, I would come across something especially surprising, even spectacular. December 4, 1809, a young organist named Charles Gilfert had been hired.  Continuing to page through those centuries-old records, I found Mr. Gilfert’s name two more times. First, was the shocking notation on May 16, 1811, stating that the young Mr. Gilfert had been involved in the fighting of a duel. Come to the concert and see what happened.

There was a virtual explosion of American organ builders in the 18th and 19th centuries.

In early 1896, Gerrit Smith, a prominent organist from NY City had an idea:

Was it not perhaps time for organists of America to form their own national organization – one that could educate, promote church music and celebrate the great strides organists in the United States had made in 200 years?

122 years later, the American Guild of Organists still promotes the organ in all its historic and evolving roles.  It is indeed a privilege to be a part of that organization and to share this historical concert with all of you today.  Many of the founders of the AGO were not only accomplished organ recitalists and church musicians, but also teachers and composers of note during the late 1800s}– just as it is today.

The popularity of the organ in America in the mid-1800s was also due to the many instruments of great size and quality being built for concert halls and churches by American organ builders. You’ll see samples of many of the organs from this period including the first photograph of an organ in the USA.

By 1883, and we find that the pipe organ has made its way From Sea to Shining Sea with the installation of a pipe organ in Calvary Presbyterian Church of Portland, Oregon. The organ was built by the well-known Massachusetts firm of Hook and Hastings and was shipped around Cape Horn to safely arrive in San Francisco.  It was then loaded onto an ox cart, which was necessary since the railway system to Portland was not yet complete, and this musical masterpiece slowly wound its way home. That organ is now located at what is known as The Old Church in downtown Portland, Oregon.

David's stunning visuals will take you to the Battle for Baltimore where Francis Scott Key penned the now famous text to what was to become our National Anthem.

By the “dawn’s early light” of September 14, 1814, Francis Scott Key, who was being 'detained' aboard a British ship several miles distant from Baltimore harbor, could just make out an American flag waving above the fort.  British ships were withdrawing from Baltimore, and Key realized that the United States had survived the battle and stopped the enemy advance. Moved by the sight, he wrote a song celebrating “that star-spangled banner” as a symbol of America’s triumph and endurance.  Set to the tune of a popular English song, “The Star-Spangled Banner” quickly became one of the nation’s best-loved patriotic songs and officially became our National Anthem in 1931.

If you see that From Sea to Shining Sea is within driving distance, please join us.  We'd love to share the story of the colonies and the new United States via music and visual with you.

From Sea to Shining Sea

From Clay to Cup